People of 2RC, Lent Me Your Ears!

Lindsey is a woman of incredible wit and energy. You can find her on Sunday chasing down her most adorable son, Oliver Howell, or waiting around as her gifted husband, Tyler Howell, helps behind the scenes at 2RC.

If you don’t like puns, let me apologize in advance. The upcoming spiritual season of repentance and meditation just “Lents” itself to satisfying if not unnecessary puns, which happen to be, in my opinion, the epitome of comedic perfection.

But in all seriousness, even if you’ve been in church your whole life, you may have only recently heard of/begun observing what traditional Christianity calls Lent. Or you might have always thought, “Wait, Lent? Isn’t that a Catholic thing?”

The answer is a really lovely journey through church history, which if you’re interested in, I have a book recommendation list as long as my arm I’d be happy to share. If you want the condensed, blog version, you’re in luck!

It was started by the early Church Fathers, a stand-up group of theologically brilliant guys who defended Christianity in its infancy and helped build a foundation for the church as we know it today.

Though it is a little tricky to trace to a specific starting date, the famed Council of Nicea in 325 A.D. is one of the first times it is mentioned as a 40 day season of fasting, though similar ideas were espoused much earlier (like, 200 years earlier). We’ll just give it a rough starting date of “a really, really long time ago.”

Lent begins on Ash Wednesday, which falls on Valentine’s Day this year, so if you plan to give up chocolate (more on that later), let your sweetie know so they have to be more creative in their gift giving. It ends on Easter Sunday with the celebration of the Resurrection of Christ – kind of a big deal for Christians.

But the entire Passion Week leading up to Easter is chock-full of liturgically significant days. Palm Sunday, the Sunday before Easter, commemorates Jesus’ Triumphal Entry into Jerusalem. The Jews there were stoked, presumably because they believed that Jesus was coming to set up his kingdom and to free them from Roman rule.

Maundy Thursday focuses on the Last Supper, which we celebrate throughout the year with communion. Jesus told his disciples during their last meal together just exactly what was in store for him – and them – as the time for his crucifixion drew near. That’s some heavy discussion for a dinner conversation.

And finally, Good Friday, ironically but aptly named because Jesus, who was the ultimate Good, was crucified, died, and was buried. Arguably this is NOT good, but these events brought us the only good thing we really need: salvation and a personal relationship with our Savior.

Lent: More than Dryers and Belly-Buttons

So what does this have to do with my spiritual journey? Well, nothing draws a community together more than observing the same traditions. Think about it: birthday parties, religious and national holidays, even big sporting events. We’ll celebrate anything where we can gorge ourselves or take a day off work/school, am I right?

Lent is kind of the opposite of that.

This practice has its roots in the earliest days of traditional Christianity, which means we get to share a deeper history with countless numbers of Christians. Martin Luther observed Lent. Mother Teresa observed Lent. George Whitefield observed Lent. It’s pretty incredible to be able to share something with some giants of the faith.

OK, have I piqued your interest?

Lent means that we spend the 40(ish) days between Ash Wednesday and Easter Sunday drawing closer to God through studying Scripture, prayer, daily devotions, and generally focusing on spiritual growth. For some people, that means fasting (skipping meals to pray, read Scripture, etc.) or giving up something – like t.v. or social media – but it doesn’t have to look the same for everyone.

I Lent So Hard

As a mom (who is still 9 months pregnant at the time this blog was written), it’s hard to squeeze anything else into my family’s already insane schedule. But it’s not quite as hard to take something out, so since motherhood I’ve tried to give something up. The jury is still out on what that might be this year, but I can guarantee that it will not be food.

The idea is to turn your heart in a more heavenly direction, seeking to draw nearer to God. Lent ends on Easter Sunday, celebrating the resurrection of Jesus and the atonement of our sins. If you’re wondering where to begin your journey, what to read, the resurrection story is a stellar place to start.

You can also pick up a devotional, get up an extra 30 minutes early to spend some time in prayer, or, if you’re feeling feisty, incorporate an evening Bible study routine with your whole family! Mine can’t sit still for very long, but we try.

Another really swell way to practice Lent is to volunteer. It’s a great way to be the hands and feet of Jesus, tangibly practicing self-sacrifice and making some life-long memories. Whatever you choose to do, in this season of Lent, do it for the glory of God and I guarantee you will be blessed!

Your Sorrow Will Turn to Joy by John Piper

Journey to the Cross: A Guide for Lent and Easter by Jim Branch

Coming Alive at the Cross: A 40 Day Adventure with Jesus by Jennifer Hand 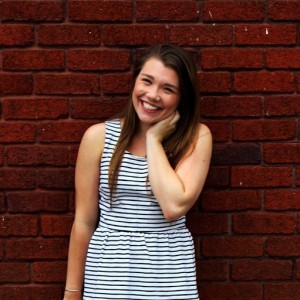