Am I God's Enemy?

I’ve never had any legitimate enemies, which a small part of me regrets because I think it would have made things more exciting. Sure there have been people I didn’t like – there was that one guy in college I couldn’t stand, but he wasn’t a true enemy, he was just dating a girl I had a crush on. But I’ve never known anyone I’d classify as an enemy. And to my knowledge, I’ve never been anyone else’s enemy either, which is a definite win.

But I’ve been reading this passage that’s got me thinking more about enemies. Colossians 1:21 says, “Once you were alienated from God and were enemies in your minds because of your evil behavior.”

When I think about the enemies of God, what comes to mind are people like murders, thieves, atheists, and, oh, I don’t know, Satan. What I don’t think about are people who generally try to do good, and I certainly don’t think of myself.

I find it worth noting that Paul doesn’t say which evil behavior makes you God’s enemy. That would have been convenient because, you see, it’s easy for me to catalog all my sins and then take my personal Rolodex of struggles and compare it to someone else’s. And with a bit of mental gymnastics, I can usually quickly conclude that, “Well, at least I’m not that person…”

But the harsh reality is that my sins are not better or worse than anyone else’s. They’re exactly the same. And in the economy of heaven, there are no varying degrees of sin.

There is sin and there is holiness.
Those are our options.

And while we would all probably agree that lying to someone is not nearly as bad as killing them, the earthly consequences are vastly different, but both acts are equally sinful to God. The bottom line is you’re either a follower of Jesus or an enemy of God – and sin makes us God’s enemy.

There is sin and there is holiness.

And for me, someone who naturally hails from the “I-messed-up-but-if-I’m-good-for-a-few-days-I’ll-redeem-myself” camp, that’s a hard pill to swallow.

I mean, come on, I’m not killing people, and I’m not trying to dissuade people from following Christ. But the sobering fact is that my sin, regardless of how small I try to convince myself it is, puts me in the ranks of thieves and killers, and in direct opposition to God.

But there is a way home.

“But now he has reconciled you by Christ’s physical body through death to present you holy in his sight, without blemish and free from accusation.” Colossians 1:22

I’m tearing up as I write this because as someone who’s sinful flesh gravitates towards trying to earn my way into God’s good graces, this is fantastic news!

There are not enough good works in the history of good works to grant me holiness and get me into heaven. The work that matters, the only work that counts was done on the cross at Calvary, and now His holiness is my holiness and I am no longer an enemy of God. I am in Christ, and he is in me.

There is sin and there is holiness. 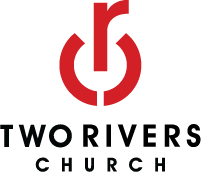 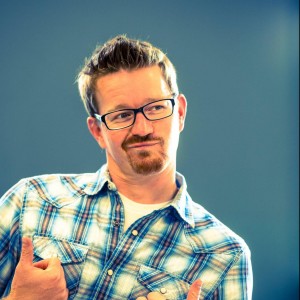